In the Margins by Elena Ferrante

A penetrating examination of the sources of creative writing and the methods and motives thereof. For all lovers of books, words and writing. 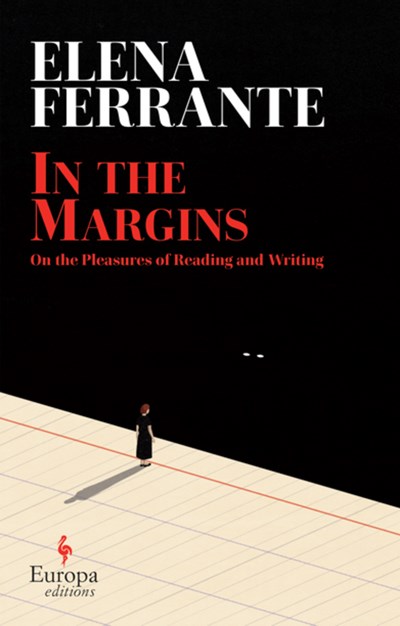 In the Margins by Elena Ferrante

Elena Ferrante is an international superstar of the book world, and now of the film/video world, too. Her works have been adapted for movies and television and the proliferation of her books ranges from serious nonfiction works to children’s books. Here she opens up her personal literary life in an intimate look at how she gives birth to her creations. This is a book for readers; for writers; for lovers of the written word; for aspiring authors; for students of literature and anyone who is in love with books in their myriad forms and styles. Here are four essays written to be presented at the University of Bologna in 2020.

She reveals an inner conflict originating in her childhood between observing the form and releasing the (sometimes) unsettling wild creature that lives within. Observing that one of these never relinquishes its hold and the other cannot be randomly summoned, the difficulty facing any artist is more fully examined. It is not an easy life and is often an unsuccessful one. She says, “So I got in the habit of using traditionally rigid structures and working on them carefully, while I waited patiently to start writing with all the truth I’m capable of, destabilizing, deforming, to make space for myself with my whole body. For me true writing is that: not an elegant, studied gesture but a convulsive act.” (the emphasis is mine)

She devotes considerable time to the phenomenon of autobiography as biography and vice versa. How writing one person’s life story is telling the story of your own, or telling you own story is asking for another to write it for you. She cited Gertrude Stein’s Autobiography of Alice B. Toklas as an example; Stein narrating her own life and achievements as seen through the eyes of Toklas. In addition she shows that writing fiction as confession is demonstrated, in her view, by noting that many authors including Hemingway have never achieved truth because of the lack of introspection.

Altogether these are heady themes addressed in an erudite manner by a writer who is clearly on a plane of her own creation. She has keen insights to present to budding authors and seasoned veterans. For lovers of words and how they can be combined to speak truth, this is an essential work. There are strong feminist notions recounted here which will lead many to question the patriarchal nature of literature in productive ways. Most thought provoking