Strangers I Know by Claudia Durastanti

An autobiographical fiction with meaning for any reader, particularly if language and its meaning to humankind is of interest. Sometimes funny and warm, sometimes dark and disturbing, it’s a great work of literature. 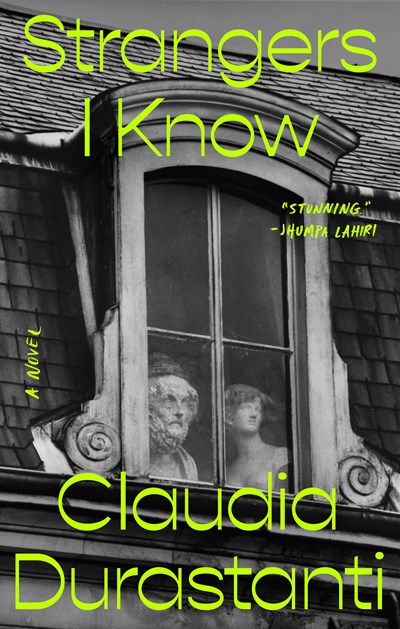 Strangers I Know by Claudia Durastanti

Truly literary in nature, this lovely work is ornamented by elegant language, rendered the more notable since it is a translation from Italian. An earthy and frank voice, that of Claudia, daughter of deaf parents who divides her time between Brooklyn and Italy narrates this vision of life in a dysfunctional family that is nonetheless a loving one. The proliferation of oddball relatives who are at least as flawed as Claudia’s parents provides a steady flow of humorous situations. The clash between traditional Italian and American lifestyles and the relentless modernization occurring during the late years of the twentieth century furnishes yet more opportunities for social and moral transgressions for the young girl who is perceptive and imaginative, both traits liable to lead to unhappiness.

This travelogue through the landscape of a life is punctuated by observations upon language, that magical invention that has elevated humankind but simultaneously provides pitfalls for those who contemplate its vagaries. In other words, those who think, suffer. Ignorance can surely be bliss, but in its absence, a thorny path presents itself. This autobiographical novel delves into the realms self-doubt, guilt and aborted passion, but also treads the byways of love, fulfillment and occasional happiness. The persistence of themes relating to deafness and the (mostly) unexplored difficulties thereof are enlightening to those who take hearing for granted. If the written word is not a large part of one’s consciousness, how does one interpret the world?

The author tells us that the chapters of this book were intended to be read in any order, and it seems likely that the meaning would remain the same. There is no established timeline or setting – time and place fluctuate in an apparently random manner without diminishing the relevance of the narration. And there is significant relevance. This is a thoughtful and ultimately loving account of life lived within one character’s head, but with touchstones each reader will surely recognize. It is a masterful work, and in this reader’s opinion, so is the translation.