The Books of Jacob by Olga Tokarczuk

A dense, complex and far-ranging but ultimately fully satisfying tale full of Jewish and European history, religion and politics will delight those who love big books about big ideas. 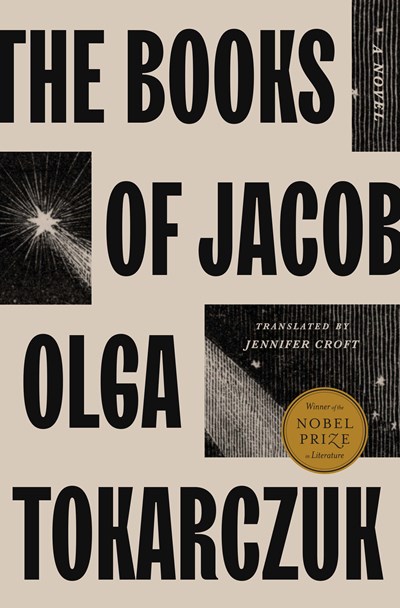 The Books of Jacob by Olga Tokarczuk, translated by Jennifer Croft

This massive, complex and comprehensive novel imagining the emergence of a third Jewish Messiah in 18 th century Poland is the product of a Nobel Award winning author. The profusion of characters and place names may be intimidating but the abundance of them adds to the atmosphere and sense of verisimilitude the work effectively carries. It is easy to become immersed in Jewish and European history and culture, so real are the people and places. The work involved in creating the literary matrix necessary and keeping track of all the players must have been monumental and is worthy of praise by itself. No Russian novel could be more loaded with complications.

There are recognizable personalities who reappear and bind the narrative in a delightfully subtle way: an elderly Catholic priest with literary ambitions: a Jewish acolyte of the Messiah who keeps a secret journal of the prophet’s doings, a Christian follower who works to establish the new order and eliminate the old and a cadre of true believers who are preparing for the end of the world and an establishment of a new one via rapture or something like it. These enter and exit the stage periodically and help maintain the through line of the story.

There are strong themes throughout. There is the power of words: to inspire, to provoke, to invoke desired results, even to preserve life. One character’s life is unnaturally extended through the literal magic contained in a scrap of paper with the right arrangement of letters. Books and writers are omnipresent, with a particular quote appearing twice in the narrative. I find it intriguing for both writers and readers. It is this: “Literature is a particular type of knowledge, it is” – he sought the right words, and suddenly a phrase came ready to his lips – “the perfection of imprecise forms.” Another theme is tangentially related: the virtue of being a foreigner. When one is in a land other than one’s own, one possesses a unique position of being able to judge the people, the place, the language without the prejudices we all own when we are at home. If one chooses to feign ignorance for protection, it is accepted. If the new tongue is adapted or attempted influence is gained through the respect of those whose native speech it is. It is an interesting notion and one I had not previously contemplated.

The power of women is also a fundamental current in the narrative. A belief that the messiah has to be a woman and that enlightenment and the perfect world sought after can only be delivered by female hands is basic to Jacob’s teachings, although he is an unrepentant womanizer who takes advantage of the distaff among his acolytes. They perform not only spiritual functions but also care for the people in purely manual ways that cannot be discounted. Their place as creators, healers, a leavening force to regulate the savage passions of the men, all these are at the root of Jacob’s philosophy.

The somewhat maddening inclination of Jewish scholars to overthink and endlessly debate every trivial point of daily life, moral philosophy and ethical behavior is also addressed as both an impediment to progress and a celebration of tradition, a dichotomy that illuminates much of the conflict in the book. It is an intricate and elaborate tapestry. To make sense of the whole, attention must be paid, but the effort will be rewarded.