The Children on the Hill by Jennifer McMahon

As a young woman discovers dark secrets about her grandmother, a noted psychiatrist, she also plumbs the depths of the “monster within all of us”. A good scary story with a warm heart. 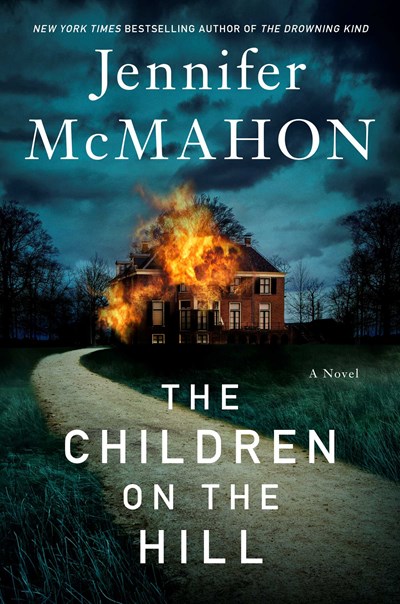 The Children on the Hill by Jennifer McMahon

A book about monsters might be thought of as fitting into the horror genre, but this goes beyond that limitation and ventures into the realm of psychological thriller with a warmth of insight into the human soul. It may seem contradictory to find sweetness in a story about tortured psyches and manipulation of the brain, but it’s there. Still, it’s pretty grim in places. This reader was thankful to find nothing of the “splatter” features that many similar books showcase. It’s pretty much all inside the skull.

A brother and sister orphaned by a car accident are raised by their grandmother who is a noted psychiatrist overseeing what appears to be a humane sanctuary for the mentally ill. Their lives are strictly circumscribed, their contact with the outside world kept to a minimum. “Gran”, though, is a loving, caring guardian who homeschools them and feeds them comfort foods and homemade treats, just like any other grandmother might do. But when a new girl is introduced into the family, the dynamic changes. Eric and Violet welcome sad little Iris into the fold, initiating her into their “Monster Hunters” club and including her in all their adventures. They are obsessed with monster movies, books, comics and lore. They have even written a book, illustrated by Eric. All is not well, however. Vi begins to find disturbing evidence that Gran’s work is not entirely benign. As she risks punishment to uncover facts, the truth emerges and causes a rift resulting in her flight from the family into the greater unknown world.

Years later, having changed her name and identity, Vi becomes a TV celebrity monster hunter with a social media presence and a huge fan base. As she travels around the country documenting local legends and myths, she becomes aware of a pattern of young women disappearing, the disappearances often being attributed to the regional bogyman. Her suspicions about the “monster within all of us” grow as she fears that her “sister” is responsible. The suspense is palpable and burgeons as she returns to her home state and the environs of her childhood. It’s for fans of horror, but also for those who just love a good scary story with an unexpected twist at the end.