The Heretic by Liam McIlvanney

A quick-paced and character-driven Scottish mystery set in the gray and somber streets of Glasgow follows murder and gang-related retribution to a satisfying ending that should please any whodunit reader. 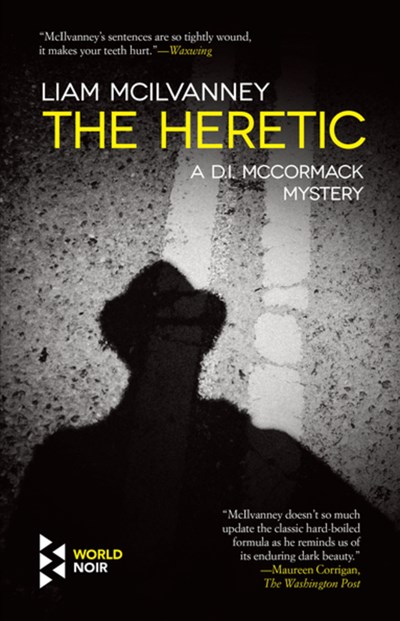 The Heretic by Liam McIlvanney

The sub-genre of Scottish noir is well-served by this compelling whodunit set in 1975 Glasgow. The city is known as a hard place made more desperate by poverty, economic doldrums and urban blight. The criminals are known as “hard men” and they are that, and more. The mob tales of New York or Chicago’s mafioso are hardly more grim than these organized clans of warring factions. When a warehouse belonging to one group is torched and four civilians in the adjoining tenement killed in an apparently unintentional happenstance, the Serious Crimes Division of the local police are called in to find and incarcerate those responsible. Meanwhile, a former MP and successful businessman is found tortured and murdered, dumped in a midden in the worst part of the city. In a nearly Shakespearian tangle of veiled motives, betrayals and retributive violence, Detective Duncan McCormack is tasked with the job of investigating the villainy.

McCormack is a conflicted individual, having some years previously been responsible for the apprehension of a police official involved in a series of grisly murders attributed to a Ripper-like character called The Quaker. Following this episode and his shunning by the majority of the police as a “snitch” he spends six years at the Metropolitan Police in London but returns to Glasgow and the Serious Crimes Division. Distrusted and disliked by the rank and file and the
higher-ups both, he must not only navigate the hostile environment of the department but the slippery streets of Glasgow’s underworld, always balancing between opposing groups of thugs who distrust each other as much as the police. It’s a nail-biter, for sure.

The outstanding feature, to this reader’s ear, is the dialogue. The patter between sleuths as well as the threats and hard language bantered about by the criminals rings true and is often loaded with humor. The voices of the principal players are consistent and believable. It’s almost unnecessary to have “he said, she said” notes to tell who is speaking. The narrative is thus carried along with a smooth and rapid flow that is a joy to read.

Slightly less grim than the rest of the Glaswegian “hard man” genre of mysteries but still plenty gritty, this should satisfy any mystery fan. The principals are appealing and sympathetic, making it easy to adopt an affinity for them as the story plays out.