The short but eventful life of Hamnet Shakespeare, the Bard’s only son is portrayed with passion, empathy and consummate skill which will not fail to capture the reader’s sympathy for father, son, mother, sisters and greater family. Superbly written and paced with great craft, this is a notable work that should not be missed. 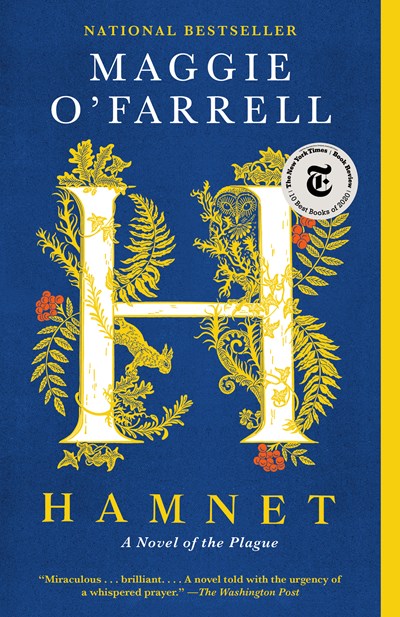 What a great pleasure it is to discover a writer whose mastery of the craft permits them to create prose that sings, that flows like music. Maggie O’Farrell is such an one. One of the joys of reading Shakespeare’s work is that the rhythm of language, the cadence of words evokes in the reader a feeling of elation unlike any except certain efforts of the great composers. To find a novel written about the Bard that gives a sense of his work, that echoes his facility with our tongue and offers insight into his life as well is deeply gratifying. O’Farrell is a master at the conjuration of emotional response in the reader. We care deeply about all these characters and an affinity for and sympathy with Will became part of the experience.

Shakespeare’s life is not a completely open book, but much is known about his family history, his early days and some of his married experience. What is not known is how passion, love and hatred, desire, ambition and regret manifested themselves in his days. Speculation this may be, but it is entirely believable and this reader is willing to accept it with the reservation that it may not be strictly true, every word, but overall reflects accurately the man and his world. To say that he was filled with anguish at the death of his only son is hardly to be doubted, and his work bears out the vivid feelings that must have plagued him.

With laudable clarity, the trappings of life in Elizabethan England are displayed as a backdrop to the imagined inner workings of family, work and society. A bright picture is presented upon which a dark story is displayed. The mundane features of everyday existence, food, clothing, dwellings, even furniture play their supporting role in creating a vision of the time and place that brought forth the greatest practitioner of our literary tradition. A full view, with no corner bereft of illumination.

The life and death of Hamnet Shakespeare is spread before us in a way that cannot fail to find our hearts in sympathy with him, and with his family. The ability of a writer to draw the reader into a world created with words only is magical, at least. O’Farrell has succeeded signally in this endeavor. It seems impossible that anyone could not feel the emotions of this family and of the individuals in it. Well done, and again, well done. She has as well given us a powerful conclusion, one that was as deeply felt as it was unexpected. Illuminating!