Complex, strange and eerie tale of a supernatural process whereby souls can exchange (or be made to exchange) bodies, minds and personalities. Sinister and fascinating, it’s for readers of mysteries, thrillers and historical fiction, who will find it delightful and rewarding. 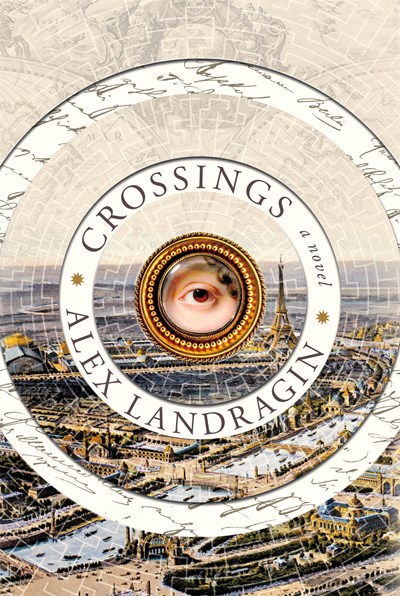 This cabinet of curiosities is a puzzle, a fable and an engaging story of supernatural power and its pitfalls. There’s a definite moral here, but it’s shrouded in such an enchanting raiment that the reader only occasionally sees it. In these days of accusations of cultural appropriation we must recognize that we are only entitled to those thoughts, feelings and fears we own, and not those of others. Here we are given the ultimate example in the actual changing of physical bodies and minds, along with the attendant habits, memories, strengths and weaknesses that inhabited the victim of the process. An invasion of the soul, so to speak.

We begin with Baudelaire. A previously unknown work in handwritten manuscript form, bound, is discovered by a student and devotee of the French author. The tale it relates is disturbing and ultimately proves dangerous to those who comprehend it. According to the narrative, it is possible to achieve a crossing between humans in which consciousness is passed from one body to the other. If the crossing is mutual, and if it is reversed, each participant sees into the mind of the other, experiences the same feelings and reactions as their counterpart and comes away richer and with a fuller appreciation of the partner’s soul. If, however, it is a “blind crossing” the individual who controls it virtually steals the mind and body of the other and leaves a husk behind. Thus, an ailing or dying perpetrator can possess a younger “self” and leave the failing corpus behind, bewildered and frightened. It’s a disturbing idea and leads those who have read the scribe’s book wondering.

Written in three parts, the Baudelaire manuscript is only the first part of the story. The second is an account of the genesis of crossing in a remote culture whose home is an island in the South Pacific. The practice is routine in this group, although it is strictly controlled by the shaman and chiefs of the people and is attended with a set of religious and ethical prohibitions that prevent its misuse. When white explorers arrive, though, things are set awry. A violent episode brings about two “blind crossings” and the phenomenon escapes into the wider world in the persons of two white sailors. From there, things proceed from bad to worse, ending in a parallel set of practitioners who betray the sacred and benign nature honored by the people and become thieves of souls.

The third part is an account of the experiences of one of these “escapees” who spends lifetimes searching for the other and in the process devastating the lives of dozens of unwitting or vulnerable innocents. How it all comes to a head is fascinating and upsetting and wholly in tune with the rest of the tale.

Something I’ve not seen before is an exceedingly clever device, unique in literature, I believe. The story can be read in a straightforward manner, but by using a key given at the beginning of the book, it can be read in alternative ways, providing separate takes on the same narrative. This must have been a complex and difficult task for the writer, and an ambitious project, to be sure. A large measure of respect must be accorded to Landragin for this remarkable achievement.

This is more than interesting, more than thrilling, more than meaningful: it’s a work of genius. Anyone who enjoys a complex mystery, a generations-long thriller or an evocation of historical places and manners will find this gratifying indeed.