Daughter of the Morning Star by Craig Johnson

Walt and Henry once more exhibit steadfast resolution in their struggle to find justice for one of the many young women who disappear from reservations never to be found. Juggling crimes being committed all the while, they are looking into history and native beliefs for answers and confronting entities both temporal and spiritual. 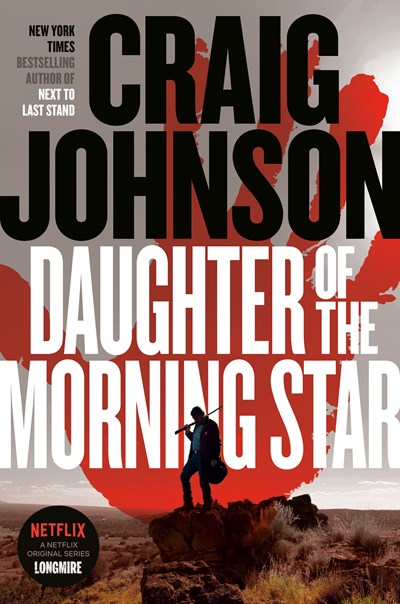 Daughter of the Morning Star by Craig Johnson

Well, that was fun. Craig Johnson’s books are always well-stocked with humor, but this one has more than the usual. The proliferation of scenes with Henry Standing Bear is one reason, but Walt always has some dry, deadpan comment that elicits a laugh. It’s hard to explain how murder, kidnapping, cultural oppression and sociopathy can be funny, but if you have the magic hand, it can be done, and Johnson has it. Don’t mistake, though, that he’s making light of these serious issues; they are handled with sensitivity and a thoughtful manner that makes their contemplation a matter of substance. That’s part of the appeal of the Longmire books.

Here we see the remnants of one of the most heinous of governmental practices, the sequestration of Indian children to institutions that were designed specifically to squeeze every drop of native culture, religion, language and, frankly, joy, from their young selves. It is perhaps the most shameful example of the realization of manifest destiny. Take, expel, subjugate, stamp out customs, relegate to a ghetto. Then, all this accomplished, regard the victims as subhuman for centuries. On this canvas, Walt and Henry are tasked with discovering the whys and hows of a young woman’s disappearance and the ongoing threat to her sister. The sister, a basketball phenomenon is a haunted and disillusioned teen who despite her extraordinary talents and strength of mind cannot find a harbor of peace and tranquility. So, one old white man and one Indian teen who, it would seem, are natural enemies become the heart of the story. Elements of native spirituality and legends tickle the edges of reality in ways that will be familiar to longtime readers of these stories. Walt, in spite of the appearance he gives to the casual observer, is connected in mysterious ways to the spirit world of the Northern Cheyenne, adding an eerie quality to the tale.

I don’t usually go into detail about the personal feelings engendered by reading a book, but in this case, I will, because I think it’s important for potential readers to know how much heart is in the writing. In the last chapter (no spoilers here) there are scenes that varied from butterfly-in-the-stomach images typical of murder mysteries to passages that quite literally brought tears to my eyes because of their beauty. Hard to do, not often achieved, but realized here.