An emotionally charged tale of people thrust into difficult and dangerous situations far beyond their control and how they respond in heroic ways. Tender, thoughtful and written with impressive skill, it is a worthy story, one with which any reader will connect. 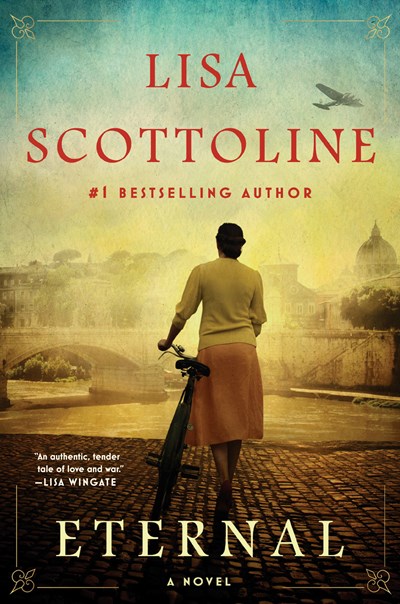 Lisa Scottoline is best known for her numerous crime, law and justice novels, but she  has wanted, according to her notes at the end of the book, to write this work since her student days. It’s too bad we had to wait so long, but it was worth it. As a chronicle of WWII Italian history, it is useful for recounting the treatment of the Jews by the fascists, but it is a heartful story of people and how they react to the events of their lives and how they rectify their own mistakes. Everything a reader of fiction could want is here: suspense, romance, action, history and resolution.

Set in Rome and beginning in the years before the war, the principal characters, Elisabetta, Marco and Sandro are lifelong friends, having loved each other since grade school days. A poignant emotional dilemma overtakes them in their teenage years. Both boys love Elisabetta and she loves them equally. A problem, for sure. As the specter of war looms, Marco joins a fascist organization, Elisabetta suffers changes in her family and Sandro, who is Jewish becomes ever more worried about what he sees happening in politics and law. Things progress to the point where Mussolini allies himself with Hitler, but the dynamic is still in the Italians’ favor, temporarily. As Hitler gains power and ascendence of the Roman dictator, the pressure on the Jews becomes greater and more sinister. The personal lives of the protagonists are strained and altered when at last war begins and the Germans exert authority over Italy. What happens and how they react is the meat of this story.

Written with facility and evident skill not unexpected in an author with such experience, the narrative progresses at a brisk pace as we learn more about each character and along the way how the lives of the Italian people were coopted and diminished, Jew and Christian alike. It is clear Scottoline has done extensive research to create verisimilitude, but the passion in her writing is readily apparent. This was no task: it was a work of love. I give it high marks.