One, Two, Three by Laurie Frankel

Triplet sisters born into a flawed world make the best of what they have to see justice done to a community betrayed and wronged by corporate malfeasance, greed and apathy. I guarantee you will love them before it’s all over. 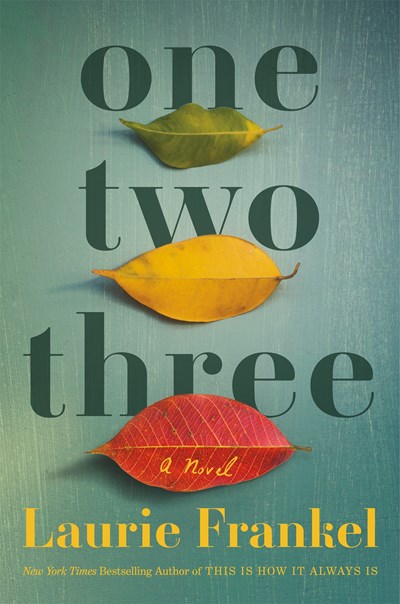 One, Two, Three by Laurie Frankel

It is always a joy to read the work of an author who knows how to pull all the levers persuading the reader to suspend disbelief, buy into the concept, accept the characters as real and agree that the proposed circumstances are of consequence. Frankel does that and more here.

I am put in mind here of a title from 2017 by Kate Moore entitled Radium Girls about the unconscionable behavior of the businesses employing young women to paint the dials of watches with radium, pointing the brushes they used in their mouths. It took nearly 30 years for those responsible to admit knowledge of the hazards of the practice, much too late for most of the victims of horrible deaths resulting from their greed and negligence. So, if it seems that the villains of this piece seem too evil to be real, rest assured that they are not.

A ruthless and immoral company has caused the deaths and debilitations of its employees and the deformation of their children in the pure pursuit of profit. The entire town of Bourne has suffered in one way or another as a result. Businesses have failed or left, public facilities are no longer existent, and the life of the citizens has been diminished almost universally.

Triplets are born to the family of one of the chemical plant’s employees who has since died of the toxic effects of his workplace. His wife has taken the mantle of crusader against the callous outrages and has initiated a class action suit against the perpetrators. She has doggedly fought for sixteen years to receive justice which is not forthcoming.

Called by each other One, Two and Three, in the order of their birth, the girls were called by names with one, two and three syllables: Mab, Monday (their birthday) and Mirabel. Mab, the oldest, seems outwardly to be the normal one. Monday is clearly on the autism spectrum somewhere, and Mirabel is without the use of her voice or limbs, except for one arm. They are all brilliant and perceptive. Mab is adventurous and socially adroit, Monday is detail oriented in the extreme and retains everything she reads and Mirabel is quite literally a genius who can speak only through the agency of a device concocted for her by a local handyman. The book is presented in chapters, each in the voice of a sister. Internal dialogue and interactions between the three and their mother, the residents of Bourne and the interlopers from the chemical company who have returned to resurrect the plant that caused all the trouble all have the ring of true human speech.

The skills this author displays are not universal. She is capable of performing figurative backflips, twists and turns and make it look easy. The characters are three dimensional with the faults and virtues of real people: compassion, courage, strength, intelligence as well as the faults: fear, jealousy, self-doubt. I challenge any reader not to fall in love with these young women. So, characters, dialogue and literary chops. One, two, three.