The Bomber Mafia by Malcolm Gladwell

A thoughtful examination of the issues surrounding bombing of combatant nations’ cities, industry and military installations. Two opposing viewpoints make up the impetus of the narrative which is compelling and skillfully outlined. An essential read for historians and students of WWII. 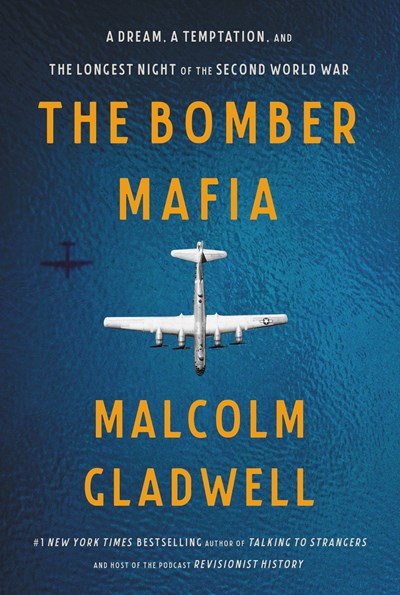 The Bomber Mafia by Malcolm Gladwell

Malcolm Gladwell brings his considerable talents to recounting the genesis of a much-debated policy that was first employed in the Second World War and shaped air power strategy for decades. Two distinct approaches to the question of bombing a combatant nation could not be more different than those addressed in this book. This is a comprehensive look at both, with an in-depth examination of how they evolved and devolved, to the satisfaction of some and the horror of others.

Populated by a legion of scientists, military strategists, moral philosophers and some who, it can be argued, were sociopaths, this complex work is a thoughtful account of benevolence gone wrong. Carl Norden, a reportedly antisocial inventor whose revolutionary bombsight played a large part in the strategies that were to shape the air war, Frederick Lindemann, an intimate associate of Churchill and supporter of what is now called carpet bombing, Louis Fieser, creator of napalm and two American generals with diametrically opposed attitudes, Haywood Hansell and Curtis Le May and a host of others collaterally involved developed what would be a final solution to the problem of victory against Japan.

Written with skill this fast-paced narrative is engrossing and informative and addresses deeply meaningful questions of morality with no accusatory tone, stating the viewpoints with admirable parity. It is my opinion that the author is not an advocate of what was to become the reality but there is no overt bias, both ideas being treated equally.

What it breaks down to is this: should a strategy of precision attacks on military targets be the policy, or is it better to bomb cities and civilian populations in an attempt to bring about a quicker end to the war as a whole? Both tactics were employed in Europe and Japan, with varying results, but in the end wholesale destruction and death were the determining factors in Japan’s capitulation, shortening the war by a considerable measure. These questions touch on morality, military initiatives and political expediency. Gladwell treats them with a seriousness that is to be lauded. It would seem that the subject of WWII would be exhausted but this is a fresh look that deserves attention. The issues have not disappeared but have been changed by developments in technology.