The Cold Millions by Jess Walter

The struggle between labor and management in the early twentieth century was a violent, passionate and lengthy. This is the story of two brothers desperately trying to find their path through the dangerous wilderness of murderers, zealots and immoral tycoons. 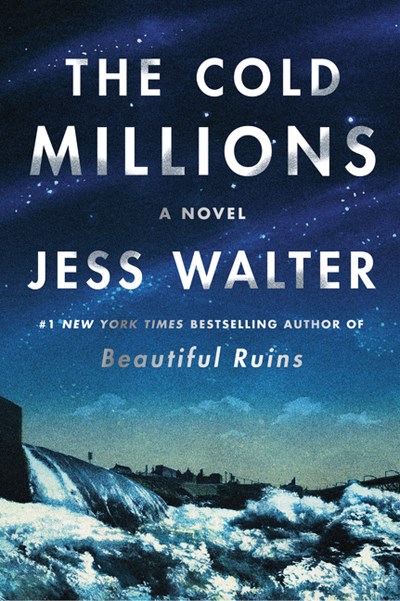 The Cold  Millions by Jess Walter

The struggle of unions to achieve the just treatment of workers was a long, violent fight. It was a war in the true sense of the word. There were battle, blood, death and internment exactly as in conventional conflict between nations. This story is about two brothers who enter the fray in relative naivete but soon become embroiled in the sinister tangled coils laid by the principals for each other. Gig (Gregory) and Rye (Ryan) Dolan are riders of the rails, frequenters of hobo camps, day laborers and believers in the necessity of overthrowing the oppressive yoke of tycoons who exploit their employees and then discard them like so much trash.

It has been said, and I am a believer, that there is more truth in fiction than nonfiction. Facts can be laid out to support an argument, prove a point, illuminate history but facts are not truth. The lives of people, their pains, disappointments, disillusionments, personal victories and sometimes eventual peace are where truth is to be found. The exemplary exposition of these travails is achieved with unusual potency in The Cold Millions. I believe in the characters of Gig and Rye and I have every faith that their story is as real as any history text.

Orphaned and on the bum, the two siblings rattle from one town to the next, receiving sustenance from the “Starvation Army” (sic), trackside campfires and the occasional odd job or morsel thrown their way by a sympathetic housewife, store owner or farmer. Gig, the older, is a proponent of the International Workers of the World, the IWW, or “wobblies” as they were known shortly after the turn of the 20th century. The age of the robber barons, those heartless and ruthless tycoons who amassed obscene wealth upon the backs of the working class is still in full flight. They find themselves in Spokane, Washington and become associated with the local IWW chapter in their clash with a corrupt city government that enforces the will of the privileged by means of a brutal police force. They meet an energetic and charismatic union organizer by the name of Elizabeth Gurley Flynn (an actual person, by the way) whose fiery rhetoric inflames the workers to civil disobedience and ignites a downright war with the Spokane establishment. What ensues is hard on everyone and fatal to some. Add the presence of provocateurs hired by the fat cats to hobble or even eliminate the resistance to their wealth-gathering and the situation becomes truly sinister. Demonstrations, speeches, riots, mass incarceration and eventually murder become the chess pieces in this deadly game of power.

Using vernacular of the time and place and a straightforward prose style the author presents an engrossing tale of opposition to oppression, brutal working conditions, dastardly betrayal, filial love and social unrest. It is useful for us to remember that many of the policies we now take for granted were once controversial and brought about by hard fought victories over evil. Not just a lesson in history but a completely captivating story, this is an outstanding work and can be enjoyed by any reader of fiction, or nonfiction for that matter.