The House On Vesper Sands by Pariac O’Donnell 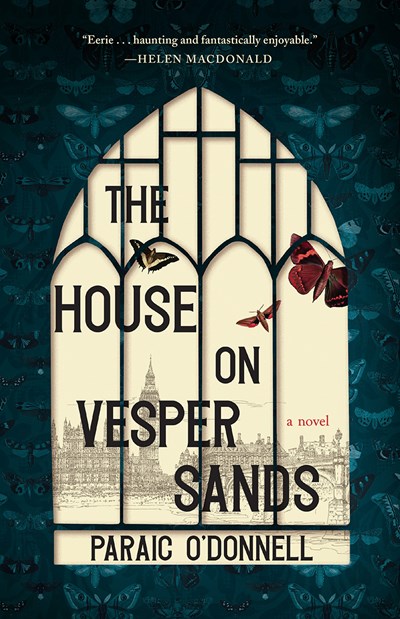 The House on Vesper Sands  by Paraic O’Donnell

Young women have been disappearing from the streets of Victorian London. Rumors circulate that a group known as the Spiriters are responsible. A brusque Scotland Yard detective with little use for excessive discussion or traditional methods is tasked with unraveling the disappearances. A young Cambridge University divinity student comes to the city seeking the whereabouts of a young woman, one of his uncle’s wards about whom he has feelings. A society column reporter is looking into the mystery but must appear to be covering aristocratic dinners and events. All these factors come together in a shadowy mystery that skirts the fringes of fantasy and horror.

Gideon Bliss is an orphaned young man, a student of divinity at Selwyn College of Cambridge University. His uncle, the Reverend Herbert Nueilly, known to his neighbors as “Old Nelly” has made it his calling to rescue young women from the horrors of the streets of the City, and from the Spiriters in particular. Gideon is near starvation and exhaustion as he finds the dwelling he seeks, but his uncle is nowhere to be found. Penniless and forlorn he seizes the opportunity to ally himself with another resident of the same boarding house, an Inspector Cutter of Scotland Yard, who is investigating the matter.

Inspector Cutter is a curt, no-nonsense sort who suffers no fools and performs his duties with signal energy. He is voluble and articulate in a working-class way and is a foil to Gideons equal but more erudite volubility. Their relationship is thorny but respectful and grows more positive with each encounter.

Octavia Hillingdon, an assertive and headstrong female journalist is seeking information about the disappearances but must cloak her investigations as the pursuit of society gossip for the women’s pages of her newspaper. At an evening gathering she comes across an old acquaintance, Charles Elphinstone, Marquess of Hartington, better known as Elf to his friends, who aids her acceptance and entry to the chambers of the aristocracy.

Suicide, murder and disappearances complicate the situation and provide the impetus for what becomes a sinister adventure. The players come together in a suspenseful but amusing and often comic quest to root out true evil and bring the miscreants to task. The tone is as light as possible given the murky setting and circumstances and the whole is entertaining in the extreme..