The Liar’s Dictionary by Eley Williams

A circus tent of wordplay and bizarre lexicography, this tale of two toilers in the trenches of dictionary-making is funny, creative and often amazes with the facility displayed by the author in making the English language fresh. 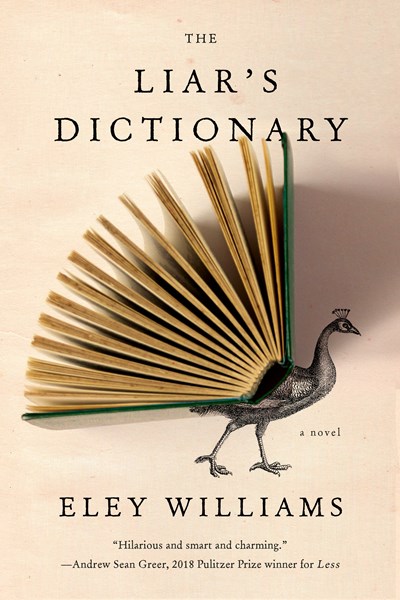 The Liar’s Dictionary by Eley Williams

An exhilarating and laugh-out-loud debut novel from a prize-winning new talent which chronicles the misadventures of a lovelorn Victorian lexicographer and the young woman put on his trail a century later to root out his misdeeds while confronting issues of her own sexuality and place in the world. You might want to have an actual dictionary close at hand when you read this but be warned; many of the words and terms will not be found in any modern reference. Still, it is seemly to observe the form and do some lookup when you run across an obscure entry, and you surely will.

Peter Winceworth is a forlorn lexicographer toiling at the publisher of Swansby’s Encyclopedic Dictionary. It’s a bleak job for a listless man in a disappointing life. As an anodyne to his perpetual boredom, he invents words, provides them with definitions and concocts entirely imaginary provenances. Here are a two: “Sussposset: a disappointing meal”, “Relectoblivious: accidentally rereading a phrase or line due to lack of focus or desire to finish”. He inserts them into the stacks of candidates to be included hoping that in this way, at least, he may find some shred of immortality.

A century more or less later, a young staffer working for the grandson of the original publisher of Swansby’s is given the task of rooting out these false entries lest they tarnish the luster of the dictionary and the firm that publishes it. This is a mind-numbing exercise and Mallory, the young woman given the job, enlists her lover to help. At the same time she begins to receive anonymous phone calls threatening death and destruction to the dictionary and its staff which compound the stresses of her employment. One day a bomb threat is received and later the entire building is burned to the ground. She is able to escape with an envelope containing a number of the bogus submissions.

Inventive, astonishingly literate without being pedantic or stilted, and displaying a truly remarkable talent for stringing together series of words in ways this readers has seldom, if ever, seen, this reading experience is unceasingly joyful. Witness this outstandingly outre construction describing a drink given to Winceworth at a debauched party he has attended and from which he wishes devoutly to be excused: “he was presented with an elderflower spirit…It tasted of soap used by a despot with a secret.” Now, that’s original. The prose is magically poetic and sometimes approaches stream of consciousness sensitivities. I was continually amused and engaged by the exceptionally novel language arrayed in this book. It was like a bazaar with brightly colored and unique wares displayed on all sides.