Tower of Fools by Andrzej Sapkowski

A complex and convoluted tale of 15th century politics, religion and spirituality with a vast complement of characters, enlivened by fighting, escape and flight and a pinch of romance. Entertaining and engaging. 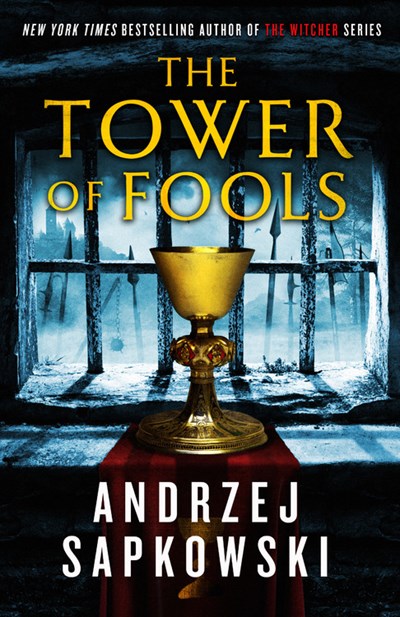 The Tower of Fools by Andrzej Sapkowski

This complex fantasy is infused with a wit that is sly, wry and dry. The rhymic phrasing is not just for flash: it focuses on the flavor of the work. A convoluted tale with so many names of Middle and Eastern European lineage and such a multitude of references to religious, political and genealogical twinings that one can easily lose track of who, to whom, what, where, why and how the story is progressing, but that is part of the charm, which is estimable.

There are sneaky cultural and literary references that are in themselves anachronistic but have been slipped into the narration in ways that do not interfere with the sense of place and time. The deadpan (if that term can be applied to the written word) delivery, by a trio of witches, of a phrase referring to keeping an eye on Birnham Wood is one. The wry attitude towards morality and its practice in 15th century Europe by the nobility and clergy infuses the whole with a cynical taste and creates an atmosphere in which irony seems natural and right. A repeated reference to “a penitentiary cross, one of Silesia’s numerous mementoes of crimes past and belated contrition” is one. It seems that an example of these monuments is placed at every crossroads in this story. The unvarnished presentation of phrases, speeches and actions that are downright laughable with no metaphorical rimshot adds to the amusement without embarking on cheap attempts to garner the reader’s reaction to the humor. Dry, as I said.

Our protagonist, Reinmar of Bielawa who is known throughout as Reynevan is a hapless young man, trained in the medical and magical arts. His disastrous love affair with the wife of an absent noble results in his pursuit by enraged relatives of the cuckolded knight. The fact that one of them trips, falls and fatally impales himself in the chase does not help. There ensue a lengthy series of incidents in which Reynevan barely escapes, each time emerging with cuts, bruises and occasionally broken bones. Along the way encounters numerous companions who sometimes aid him and sometimes wind up seeking his blood themselves. It is action-packed for sure. Some of the fight and chase scenes are especially entertaining.

A great deal of religious palaver, philosophical musing and political rumination furnish much of the narrative and the sense that 15th century Europe was a dangerous and complicated place is brought home with vigor. The writing is amusing and engaging, keeping the reader’s interest with colorful language, exotic place and family names and a fascinating look at the wild and wooly disputes over issues of church doctrine. No one escapes unscathed by the author’s clear belief that there is good and bad (sometimes very bad) in every camp. There’s a modicum of fantastic occurrence here, but it’s easily absorbed by the contemporary beliefs and attitudes towards the world of the spirit prevalent in Europe at the time.

I recommend this to readers of historical fiction who are willing to allow a small measure of fantasy in their experience. It is fun, complex and rewarding reading.