An American mythological tale along the lines of Paul Bunyan or Pecos Bill, this wild story of early Ohio life is peppered with politics, drinking, romance, fighting, bizarre characters and a cartload of humor. 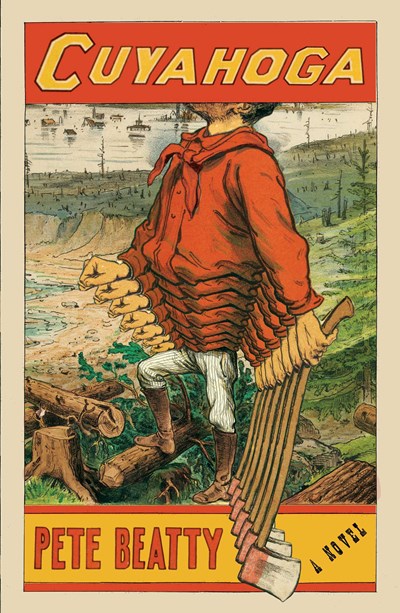 A pure joy from start to finish, this wildly imaginative novel spins an American myth on the patterns of Paul Bunyan, Mike Fink or Pecos Bill. Big Son, known universally as Big, and his younger brother Medium Son, yclept Meed, are the protagonists and perpetrators of this bigger-than-life story about early Ohio and the emerging West. There seems to be no note of a further, younger son, but his presence is implied in the names of his elder brothers. It’s Big and Meed’s tale, really.

Big is a burly, handsome, wild and wooly type who, for instance, clears all the trees west of the Cuyahoga River in spite of their wish to remain standing to make way for Ohio City, Cleveland’s western bank counterpart. These arboreal impediments to progress have been acting out against the settlers by replanting themselves, taking the occasional swipe at the head of one or another of them and generally resisting human progress. Big single-handedly and in a marathon session of axe handling hews them down and out of the way of Ohio City’s builders. This is just the first of many epic feats, including wrestling Lake Erie into submission that Big performs to become a local legend.

Meed is the spectator and chronicler of all this and both aids and subverts Big’s adventures in subtle ways. Along with a bizarre cast of characters with homespun names and occupations who constitute the citizenry of Ohio City they careen through the birthing pains of what will become one of the nation’s greatest urban monoliths. There is little cessation of the action and no lulls in the burgeoning growth and growing pains of these mythically proportioned actors.

Written in an amusing and charming patois of Early American English and with a delicately grammatical flair, the dialogue and commentary are perfect in tone and substance. A combination of refined speech and earthy dialect, the narrative reminds this reader of a favorite book, A Short History of a Small Place which is equally as funny and down-home in its flavor.

Seasoned with gunpowder, pigsh*t, whiskey, rastlin’, romantic courting, mules, oxen, two and four-legged dogs, con men and pompous politicians, this is a story with everything it takes to make a reader keep turning the pages. Not likely to be mentioned in any of the academic history journals but not to be missed, if you want to have some fun. Highly recommended.