An apocalyptic tale of world financial collapse peppered with harsh realities we may be forced to face. A thriller with an eerily real basis that provides possible lessons about our current situation and how it could easily change for the worse. 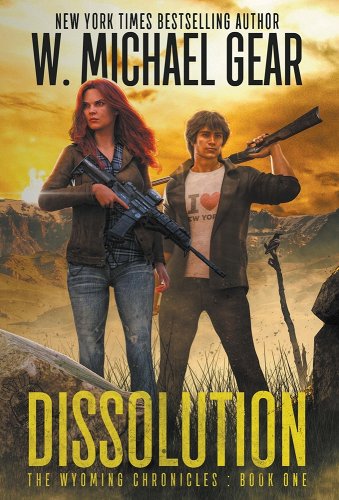 There are two seminal messages here. One is: don’t take things for granted. Two is: recognize the necessity for mutual trust. Told in a fast-moving narrative this tale of the breakdown of worldwide society is frightening and illuminating. As scary as it is, it’s important to realize that this is not simply a fantastic imagining. It could really happen quite easily and with devastating speed.

The premise is that cybercriminals have devised a virus that destroys banking records in the United States. Because U.S. banks are connected inextricably with those in other nations, the contamination spreads with the rapidity that only computers can provide. First, all credit cards become useless, then the entire notion of cash (paper bills, etc.) becomes null and void. As businesses find that they cannot survive in this environment, food, fuel and utilities quickly become unavailable and people start relying on a “me first” attitude to grab whatever they can from those weaker or less aggressive than themselves. It’s the apocalypse, without the nuclear disaster or disease vector we’ve come to think of the most likely reason for societal collapse.

Nations begin predating upon each other, atomic weapons and invading armies destroy coastal cities and chaos reigns. A small group of anthropologists and archaeologists working in Wyoming in a remote area become aware of happenings in the big cities and begin to see the results of exploitive behavior from unscrupulous officials hoping to establish themselves as the warlords in the vacuum created by federal dissolution. Just as in feudal times, individuals with access to power seek to impose their will on the citizenry with the usual brutal tactics and oppressive policies. The protagonists decide to resist this infamy and establish an alternative structure designed to preserve the peace and protect the populus with the help of the few state officers who possess consciences and a desire to see things done fairly.

Laid upon this backdrop the personal stories of the individuals now thrust into a daunting situation play out with both tragic and heroic results. After suffering physical abuse up to and including murder, they take matters into their own hands and plan an armed resistance. How they go about it makes for a thrilling and frankly frightening sequence of events that will have the reader on edge the entire time. This is not a comfortable book: no cozy solutions or happy occurrences leaven the harsh reality. The world we knew before is gone. It’s a matter of who acts more quickly and decisively, who can put aside moral guideposts inculcated in us from infancy and perform ruthless acts which nonetheless are necessary for continued survival. It is truly a page turner that is difficult to put down.