Fifty in Reverse by Bill Flanagan

A pleasant and diverting time-travel/life-after-life journey that reveals how each act of our lives can affect the ultimate outcome. 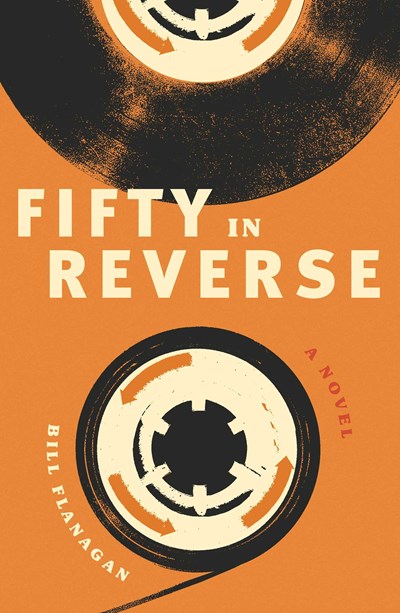 Fifty in Reverse by Bill Flanagan

The theme of living a life over is not a new one. This take on the notion, however, has much to recommend it as a worthy effort. Can one change history, or even try to do so? Can mistakes be avoided? Can we even step into the same river twice, as the saying goes?

Awakening in a fifteen-year-old existence when one has reached the age of sixty-five, has a wife and children, a career and a settled and happy life would be traumatic, at least. What can one do? In the case of Peter Wyatt, after some time growing accustomed to what has happened, perhaps the best thing to do is to try waking himself up. To achieve that end, young Peter removes his clothing in the middle of math class, thinking this classic nightmare scenario may do the trick. It doesn’t. And how to explain his actions, other than claiming insanity?

After sharing his reality with his parents, who are understandably skeptical, visits to a psychiatrist open up parts of a life previously examined only cursorily. A deep look into what went wrong, what went right, and what events made his future what it was have the protagonist wondering if he can return to his “real” life at all, or whether he’s doomed to live a life in the knowledge of what will happen in the years between his present and what is to come. How Peter copes with the conundrum and what happens to rectify it are a captivating tale told with matter-of-fact prose.

Without indulging in sci-fi or fantasy devices to explain or resolve any of the issues central to the novel, the author unfolds a story that while uncomfortable for the subjects is a pleasant diversion for the reader. Reading the book will unlikely provide a life-changing experience but will reward those who are seeking a look inside what we are and what our lives mean to us.