A young woman forced into monastic life turns what could be despair into triumph and brings with her a group of holy women whose lives she improves as she finds her own way to success and fulfillment. 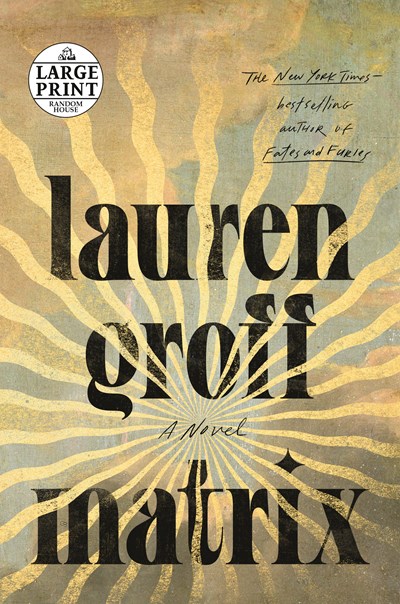 This muscular book derives its grit, bone, sinew and phenomenal strength from Marie, the ungainly, too-tall, unlovely young woman whose appearance and manners prohibit her inclusion at the queen’s court despite her royal blood. Being born the “wrong side of the blanket” has always been considered a disadvantage, and in the case of an unwanted child, it is particularly damning. As a result she is shunted to a nunnery in her mid-teens, the only grace afforded is that she will become prioress. This is both a blessing and a curse, since she is immediately envied and even hated by those whose place she has supplanted or whose seniority is thereby discounted. It is not a happy circumstance for her and her first years at the abbey are dark and unpleasant. Plucked from the luxury of the palace and dropped into a damp, gray universe of poverty, grueling work, deprivation and hourly devotions she is sure her life is over.

Her spirit, which we learn is indomitable, emerges and grows into a force that is recognized as extraordinary even by her enemies. She reforms the finances, daily work and goals of the nunnery and turns what was a sinkhole of despair into a place of inspiration and holy striving. Her success becomes the greatest danger to the abbey and to herself, though, as notice is taken of her extraordinary skill and accumulated wealth and power. Those envious or threatened by her rise in status include not only the church fathers but secular leaders. As decades pass, she fends off takeover attempts, physical threats, spiritual dilemmas and her own self-doubt which counters her native self-esteem and demonstrated leadership qualities. She is a force of nature.

The author has built an engaging picture of a strong woman striving to make a place for herself and her charges in a world dominated by men, especially in a time when to be a dissident can be lethal. Although the expression “page turner” is overused, this is such a book. It is difficult to put down, at least for this reader. A respect for this fictional character comes easily and her struggles are believable and contribute to the suspenseful tone of the narrative. Skillful character building and dialogue that rings true are also factors. I would recommend this to readers of historical fiction, women’s issues and lovers of heroes fighting against apparently insurmountable odds.