The Last Professional by Ed Davis

An up-and-down adventure on the hobo road showing how the riders of the rails have lived and even prospered in their own way with a wealth of tips on catching freight trains to ride for free. It is a story of friendship, loyalty and courage with a stimulating tingle of danger. 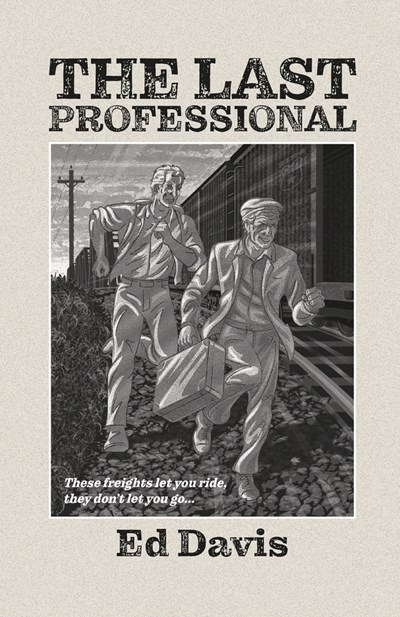 The Last Professional by Ed Davis

This tale of two men, unlike each other in nearly every way except a yen for wandering, is alternately sweet and harsh in its depiction of life riding the rails. Lynden Hoover, a Silicon Valley wunderkind who was abused as a child by a hobo who kidnapped him and kept him for some weeks before abandoning him, and Duke, a gentleman of the rails with many years experience riding, dodging, cadging, stealing and adventuring find themselves unexpectedly partnered up when Lynden decides to find his childhood tormentor and takes to the road in an empty freight car. Duke takes the younger man under his wing and educates him in the ways of hobo jungles, hopping on and off freights and navigating the shadowy world of the Knights of the Road.

Darkness dominates much of this story, but there are bright spots where friendship, loyalty, honor and courage emerge to show the true nature of humans, whether well-heeled or living in encampments next to rail yards. There is a theme of search and hunting that runs throughout as Lynden seeks his sinister foe and Duke both looks for and tries to evade his nemesis, a one-time friend, now enemy named Short Arm, so called for his missing limb, lost to the wheels of a passing train. Their journey is a veritable hash of highs, lows and unique experiences most of us can only imagine.

Revealing a world little realized or truly unknown to the great majority of American society, it is a lesson in alternative living as well as deviant thinking. I doubt many readers will wish to follow the path lined out here, but it is fascinating to be a spectator. It is also unlikely that this life will exist for much longer if it even survives now. It is truly a thing of the past and thereby evokes a certain romance and nostalgia that has a primitive charm. It is worthy of notice to those who enjoy reading about other ways and different lives. The text is accompanied by a set of illustrations by Colin Elgie which are worthy of their own recognition, the book regardless.