The Sanatorium by Sarah Pearse

Taut, exotic and unsettling, this thriller will push all your crime fiction buttons. Set in a refurbished sanatorium with a sinister past, the tension escalates deliciously to a satisfying denouement. 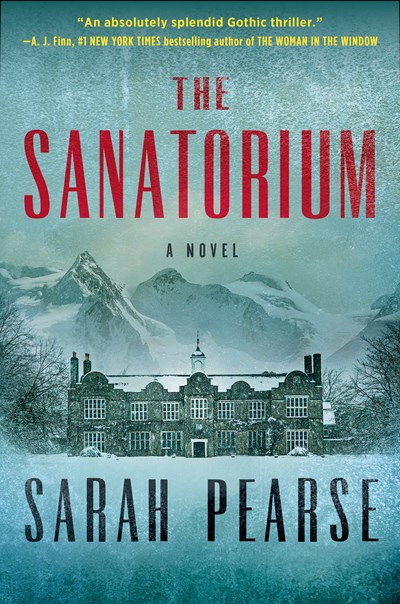 The Sanatorium by Sarah Pearse

This tightly written and tense suspense novel maintains a brooding sense of evil practically from the first page. Like the best of the genre, this tale unfolds in bits and pieces with some entertainingly distracting sidetracks that will keep the reader alert and guessing. Intelligently plotted and with an intriguingly disturbing and exotic setting, it contains all the right stuff.

Elin Warner, a British detective on leave after a harrowing case that traumatized her and dredged up memories of a childhood tragedy is vacationing with her partner Will at a refurbished sanatorium in the Swiss Alps. Formerly a haven for tuberculosis patients, the building has been completely remodeled into a modern hotel with minimalist décor. Still, a sinister consciousness overhangs the atmosphere, fueled by exhibits of arcane and vaguely menacing medical instruments used in the 1920s. A young woman’s body is found with fingers missing and an unusually formed rubber mask over her face. A glass case, like those on exhibit in the hotel, contains her severed digits arranged with copper bracelets, each numbered with what appear to be patient ID numbers.

As Elin struggles with her own demons, the situation escalates, more women are murdered and mutilated, and doubts about herself, her abilities and her family and friends increase. In spite of her precarious mental health, she digs into the meat of the mystery with determination. As a flawed character, she engenders sympathy from the reader as real human, not a caricature or cartoon of a detective. At the same time frail and strong, she walks a fine line between paranoia and genuine suspicion, all the while getting closer to the solution which could bring personal tragedy or even physical harm to herself and her companions.

Add to the mix a killer snowstorm, multiple avalanches, some truly disturbing medical artifacts, and any devotee of crime thrillers or psychological mysteries will love this one. It’s well done and challenges the reader in all the right ways.