A first-rate whodunit with stolen art, sinister dealers, obsessed collectors, an amoral hitman and a protagonist with his own problems, including romantic entanglement. Lots of fun and informative, too. 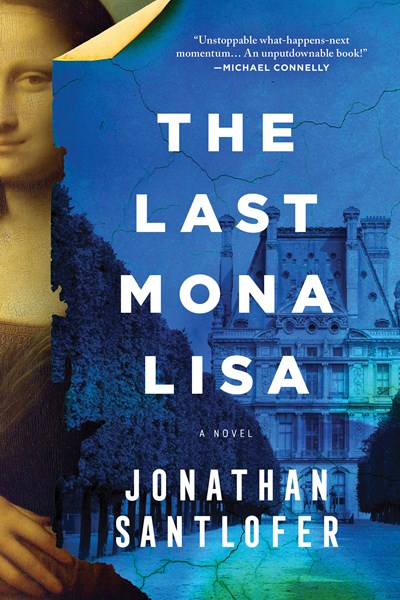 This one is, as the Brits say, a “cracking good yarn”. Well, maybe they don’t say that anymore, or ever, even. It is, though. Santlofer has an extensive track record with whodunits and is clearly an expert at his craft. It is true that in 1911 the Mona Lisa was stolen from the Louvre and was missing for several years until the thief was caught and imprisoned, and the painting restored to the museum. There have been, however, rumors that what now resides in the gallery is not the original, but one of a number of copies made and sold throughout the black market world of stolen art. An interesting side note to the book refers to another factual occurrence, the arrest of Pablo Picasso for allegedly being in possession of pilfered sculptures. Dark doings.

Vincent Peruggia, a struggling artist is roped into the scheme by a shady dealer who works in the shadows supplying illicit works to obsessive collectors who don’t care about legal provenance. The broker commissions an art forger to create multiple copies which are sold around the world to unscrupulous collectors who will surely never correspond with each other or anyone about their acquisitions. The tale alternates between this early twentieth century skullduggery and the travails of a modern day artist and teacher who is the grandson of the famous thief. Luke Perrone, the hapless descendant finds objects that discover his ancestor’s felony and becomes obsessed with rooting out the truth about the painting hanging in the Louvre. And the game is afoot.

With an unhappy INTERPOL analyst, greedy and ruthless art vampires, an amoral hitman and a beautiful woman whose exact part in the affair is unclear but tantalizing, the story rockets from New York to Paris, to Florence, early 1900s to the 2010s. Murders mount, danger lurks, romance is essayed and thwarted, all in the rarified atmosphere of international art, modern and classic. Plenty of detail and interesting sidelights regarding the artists and their works enliven the narrative and provide color (no pun intended). A must-read for mystery lovers who lean toward the artistic.